Job Stockton, grandson of Richard Stockton the settler, was a Princeton tannery owner and original owner of Bainbridge House. His tannery complex consisted of a barn, hay barracks, a bark house, tanning yards with tubs, and a mill house.

Richard Stockton III was a native to the town of Princeton and like Job Stockton, a grandson of Richard Stockton the settler. Stockton was a member of the first graduating class of the College of New Jersey (now Princeton University) and went on to became a prominent lawyer and active politician. He was a member of the Continental Congress and a signer of the Declaration of Independence.

Annis Boudinot Stockton was an accomplished writer and poet whose work appeared in newspapers under the pseudonym “Emelia.” She and her husband, Richard Stockton III, presided over Morven, one of the larger farms in Princeton.

Betsey Stockton was an educator and missionary who was born into slavery in Princeton around 1798. She was still a child when her owner, Robert Stockton, gave her to his daughter Elizabeth upon her marriage to Reverend Ashbel Green, who later became the 8th president of the College of New Jersey (Princeton University).

In 1816, Betsey became a member of Princeton’s First Presbyterian Church and was soon freed, taking on the surname Stockton. She remained with the Green family as a paid domestic servant. In 1822, she became a missionary, traveling to the Sandwich Islands (Hawaii), Canada, and Philadelphia, teaching school and sometimes serving as an unofficial nurse. She returned to Princeton in 1833; she helped establish the Witherspoon Street Presbyterian Church and the Witherspoon School for Colored Children, for which she was a teacher for almost 30 years. She died in Princeton at the age of 67.

William Drew Robeson was father of performer and activist Paul Robeson. In 1860, at age fifteen, the enslaved Drew Robeson made his escape to Pennsylvania from North Carolina to serve as a laborer for the Union Army. Robeson went on to receive an A.B. in 1873 and a Bachelor of Sacred Theology degree in 1876 from Lincoln University. In Princeton, he served as pastor from 1880-1901 at the Witherspoon Street Presbyterian Church.

Albert Einstein made his first visit to Princeton during his 1921 US tour when he delivered five Stafford Little Lectures on his Theory of Relativity. In 1933 Einstein fled from Nazi Germany and became one of the first faculty members at the newly formed Institute for Advanced Study. He lived at 2 Library Place from 1933 to 1935 and at 112 Mercer Street from 1936 until his death in 1955. While in Princeton, Einstein enjoyed playing his violin, sailing on Lake Carnegie, and walking. His home remains a private residence. Battlefield Monument Park features a bust of him by sculptor Robert Berks, dedicated in 2005. For more information, click here.

Paul Robeson was born on April 9, 1898, in a house on Witherspoon Street. Son of William Drew and Maria Louisa, he lived in Princeton until 1907 when the family moved to Westfield. From 1916 to 1919, Robeson attended Rutgers College and graduated as valedictorian of his class. He was a graduate of Columbia Law School and an internationally acclaimed performer, activist, and humanitarian.

George Gallup was the head of the Research Department of the ad agency Young and Rubicam (NYC). In 1935 he formed his own small “side” company in his hometown of Princeton to conduct opinion polls which reported on the viewpoints of the nation. These polls were called “sampling referendums” and his small company grew into today’s famous Gallup Polls.

Albert E. Hinds was born in Princeton, New Jersey on April 14, 1902. He and his siblings attended the Princeton segregated school, Witherspoon School for Colored Children. Mr. Hinds’ services to the Princeton community were numerous. In 1925, he along with another resident of Princeton, reopened the Colored YMCA that had been closed for a number of years. He served as the Y’s physical director and in 1933 was the playground director for both Hightstown and Princeton. Another notable accomplishment was helping to pave Nassau Street, transforming it from a simple dirt road to a major thoroughfare. Over the years Mr. Hinds was a member of the Zoning Board, a trustee of the Mt. Pisgah AME Church, and on the advisory board of the Historical Society of Princeton. An invaluable member of the community, Mr. Hinds passed away in Princeton at the age of 104. For more information, click here. 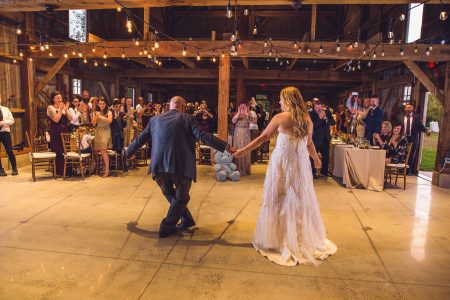